Providing authoritative information on various health-related issues that matter to the public.
Icon

Stay up-to-date with the latest healthcare issues & trends. We invite you to join our discussions. 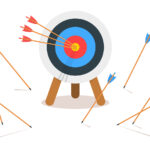 Two days before Christmas 2014, my 88-year-old dad was unexpectedly taken to the emergency room at a West Des Moines, Iowa hospital. Shortly after his arrival, he passed away. No family members were allowed to be with him in his final minutes of life. A week following his death, a completed death certificate stated the cause of death was a ruptured thoracic aneurysm. The death certificate functioned as the official document on the cause of my dad’s death and was of interest to our family since we were in shock and didn’t get a clear answer at the time about how he died. The Purpose of Death Certificates A death certificate serves as a legal document that proves a person has died. Without having a completed death certificate, families are unable to settle their legal affairs following a loved one’s death.  Typically, after a person dies in this country, the death certificate is END_OF_DOCUMENT_TOKEN_TO_BE_REPLACED