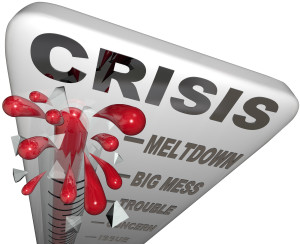 Over the last few months, some major ‘events’ have developed regarding medical cost transparency issues. Now is the time to channel our collective outrage to change how we pay for health care in the future.

In March, Steven Brill wrote a compelling (and disturbing) article in TIME magazine, “Bitter Pill: Why Medical Bills Are Killing Us.” For the first time ever, TIME dedicated almost the entire publication to just one particular article – due mainly to the complexities baked within the hospital pricing method(s) currently in place in our country. When you have time, this is definitely worth a read. Whatever a hospital will charge for a particular service, the actual payment will vary tremendously by the payer community left with the tab – Medicare, Medicaid, private insurers, or individuals without insurance coverage, etc.

Also in March, the International Federation of Health Plans released the 2012 Comparative Price Report showing just how extraordinary the costs of various health procedures are in this country versus the costs found in many other developed countries. After the Brill article, few of us need to question the validity of this particular report. The price differentials between the U.S. and all other countries are abhorrently grotesque.

On May 8, the federal Centers for Medicare & Medicaid Services (CMS) publicly released hospital inpatient charge information from hospitals in the U.S. The data released was the first time the federal government provided this information publicly. According to the CMS website, “As part of the Obama administration’s work to make our healthcare system more affordable and accountable, data are being released that show significant variation across the country and within communities in what hospitals charge for common inpatient services.” Without question, CMS unleashed a great deal of data showing how diffused and opaque hospital charges are for inpatient services, even within our own cities!

On June 3, the CMS yet again publicly released additional data on hospital outpatient charges, in addition to Medicare spending and utilization. It is quite apparent that federal officials are deliberately making health care costs more transparent for public consumption (and scrutiny). Health Datapalooza is an annual gathering in Washington D.C. that focuses on health data transparency. Now in its fourth year, Health Datapalooza has grown from about 50 attendees to more than 2,000. The idea is to have entrepreneurs take this massive data and create applications to help the public navigate through a seemingly complex world of healthcare costs.

This deluge of data becoming publically available allows a greater dialogue about the transparency of health costs and its impact on those who pay the bills.

A little bit of sunshine can be a great disinfectant – don’t you think?