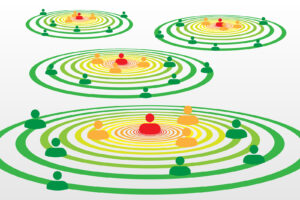 I’m a big fan of Michael Osterholm, director of the Center for Infectious Disease Research and Policy (CIDRAP) at the University of Minnesota. Not only was this Luther College graduate born in Waukon, Iowa, but he was recently named a member of President-Elect Joe Biden’s COVID-19 Advisory Board.

CIDRAP, by the way, provides excellent bare essential information for Americans to learn more about COVID-19. You can find this knowledge in the CIDRAP Take.

Throughout COVID-19 in this country, Osterholm has been consistently blunt about how serious this pandemic really is to Americans. He pulls no punches, and when others fought the science side of the pandemic, he unabashedly championed it. He, along with other credible epidemiologists and physicians, are against the ‘politicization’ of the pandemic and rabidly demonstrate accepting only the facts as they’re currently known.

Because of the politicization of COVID-19, I admit to being apprehensive about receiving any approved vaccine because of the unknown side effects. Some politicians and certain social media have made it more difficult for Americans to trust that Operation Warp Speed was implemented to benefit the American public. Or, was Operation Warp Speed more about political expediency?

Having a Database for Vaccine Adverse Events

A December 1 Wall Street Journal opinion piece, “Deploying Big Data to Determine How Well Vaccines Work,” co-written by former FDA commissioners, Scott Gottlieb and Mark McClellan, discusses a national COVID registry to track information on vaccine use that will be connected with state vaccine registries. Gottlieb, I must add, is on the boards of Pfizer and Illumina, while McClellan is on the boards of Johnson and Johnson and Cigna.

Noted journalist Merrill Goozner wrote a worthy piece in a recent Modern Healthcare publication that Biden’s COVID-19 Advisory Board should seriously consider implementing. The article, “U.S. needs database closely tracking all vaccine adverse events” provides a more logical viewpoint on why I (and half of all Americans) have hesitations about taking a Food and Drug Administration (FDA)-approved vaccine for COVID-19.

Pfizer and BioNTech (and now Moderna and AstraZeneca) tout overwhelming positive results from their COVID-19 vaccine trials. Yet, Goozner wrote the following counter-argument:

“Science by news release – when there’s no published data, no peer review and no outside oversight beyond the company’s own external data-monitoring committee – is never a good idea. Pfizer’s premature announcement, even though it does look promising, is like heralding an election outcome based on day-of-voting and not waiting for the mail-in votes to be counted.”

As suggested by Goozner, corporate hype by vaccine manufacturers should not overshadow third-party scientific review of vaccine candidates. To convince skeptical Americans to get the necessary dosage of shots, the general public must know that the vaccine is both effective AND safe. Accordingly, the U.S. needs to have a much better post-approval monitoring system. But unfortunately, we don’t have one.

“Right now, the FDA’s Vaccine Adverse Event Reporting System relies on voluntary reports. A decade ago, an Agency for Healthcare Research and Quality-funded study, which used electronic health records from Atrius Health in Massachusetts, found fewer than one percent of vaccine-related adverse-events were reported to the FDA.”

Having a national database that includes both medical claims and records that are monitored in real time by public health officials will be key to detect rare and serious adverse events from approved vaccines and drugs. If a dangerous or concerning trend develops early in the vaccination process, it can be addressed earlier rather than later.

In addition to monitoring potential side-effect risks to certain population segments, tracking which particular vaccine was used for patients and whether there was a follow-up for the second dose (if needed) is paramount to gaining and maintaining America’s trust. How long will the vaccine’s protective benefit last? Perhaps a certain vaccine is less effective in some patients, given their age, gender, race and/or health issues?  Without having a national database to trace these issues, we may be whistling ‘Dixie’ in a cold, dark alley.

As we know, trust must be tirelessly earned. Michael Osterholm, recently interviewed on the CBS This Morning show, said that he would “be the very first person to take this vaccine…”

As much as I admire Osterholm, I do believe that Goozner is on to something by establishing a national database to reassure a skeptical public that any approved COVID-19 vaccines are both effective and safe – not just in clinical trials but more importantly, with the entire general population. Would this convince most skeptical Americans to get vaccinated? I’m not sure. But it would serve as a good faith effort to fulfill the FDA’s pledge to have full transparency before authorizing the emergency use of the vaccine.

The recent news of vaccines are promising, but ensuring an efficient distribution and monitoring system is in place will be critical for immediate and long-term success. With that said, Osterholm and having a national database would serve as my ‘Elvis Presley,’ prompting me to stand in line for my first (and second) shots.