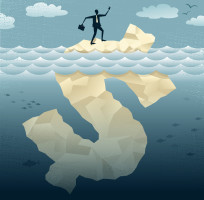 As our healthcare delivery system evolves, we must reach beyond the endless discussion and distractions over who pays and how much. The cost, compliance, coverage and political discussions are no doubt important, but these are inextricably linked to the safety outcomes of medical care we expect to receive – but, in too many cases, do not.

The patient safety dialogue has been buried from the general public under many other pressing national concerns:  the general economy, global terrorist activities, general elections later this year, immigration, Middle East unrest, gun control – as well as countless other issues.

In addition to covering more Americans, the premise of the Affordable Care Act (ACA) was to initiate new care delivery models that would eventually make healthcare more affordable and achieve better outcomes. The hope is that our healthcare ‘system’ is now on the path to recovery – we just need to give the initiatives time to work.

But is it really that simple?

If the Centers for Disease Control (CDC) were to include preventable medical errors in hospitals as a category, it would be the third leading cause of death in the U.S. – behind heart disease and cancer. Quite simply, the numbers for those seriously and fatally injured are massive. National estimates indicate that between 6.6 million to 11.5 million patients are seriously harmed in our hospitals – EACH YEAR. For those fatally harmed, the annual estimated range is 98,000 to 440,000 deaths.

Are improvements being made, and if so, by how much? The short answer is Yes, but…

The federal Agency for Healthcare Research and Quality (AHRQ) released a report in late 2015 indicating that hospitals have averted many types of preventable injuries (such as infections and medicine reactions) during the period 2011 – 2014, using 2010 as the base year. During this four-year period, officials examined 30,000 medical cases and, from this, extrapolated the number of complications that were possibly avoided. The cumulative results appear to be downright impressive: 2.1 million fewer incidents of harm, 87,000 fewer deaths and about $20 billion in healthcare savings.

No doubt, this is encouraging news. On the surface, the general public (and media) appear to have only tepid concerns about patient safety issues, most likely because the federal government, hospitals, grant-receiving medical provider collaborations, academia and other organizations are “all over” this national problem.

But these improvements only represent the proverbial ‘tip of the iceberg.’

Even Dr. Richard Kronick, director of the AHRQ, commented that these findings have yet to be fully understood and improvements most likely came from “low-hanging fruit.” In other words, these are the relatively easy problems. Problems in the past that should’ve been averted in the first place, but were not.

Loaded with curiosity, I decided to compare these improvements to national estimates of medical errors to understand how much progress was really made during this four-year period. Using the conservative estimate of 6.6 million patients harmed annually in hospitals, the 2.1 million averted conditions reported by AHRQ during the cumulative four-year period equates to an eight percent improvement. By using the high-end estimate of 11.5 million harmed patients annually, this reported improvement is under five percent. Keep in mind, that 2.1 million was a cumulative amount over four years, while the 11.5 million is EACH year.

As for preventable hospital fatalities, using the conservative 98,000 annual estimate that came from the Institute of Medicine in 1999 (which is now widely considered as being grossly low), about 22 percent of fatalities were averted. The high-end 440K estimate translates to a five percent fatality aversion.

Yes, progress in patient safety improvement is inching forward. But to move the needle beyond this anemic pace, this issue must become a top priority for the general public to force the care delivery system to be more transparent, effective, efficient and, most importantly, safe.

To stay abreast of healthcare issues, we invite you to subscribe to our blog.