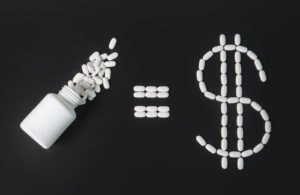 “I cannot forecast to you the action of Russia. It is a riddle, wrapped in a mystery, inside an enigma, but perhaps there is a key…”

This quote eerily reflects the current events happening in Washington, D.C. these days. But, it was actually a radio broadcast by Winston Churchill in October 1939 regarding Russia’s involvement with Germany, a precursor to World War II.

Another riddle, mystery and enigma is occurring in front of us. Escalating prescription drug costs are increasingly (and deservedly) under public and political scrutiny. The real culprit to this problem? The complex shell game being played designed to hide the insatiable appetite of greed. This complexity is hidden behind optics that appear to be driven by altruism.  Each drug supply chain member claims to be performing ‘selfless’ work for the public’s well-being. But looks can be deceiving.

Greed is not just limited to drug manufacturers and its trade group – the Pharmaceutical Research and Manufacturers of America (PhRMA). It’s also found with other key players involved in the supply and payment of drug products. PhRMA has been beaten up, quite deservedly, by other supply-chain players as the main reason for high drug costs within the U.S. market. But these same players are not without their own accountabilities. The other players? Pharmacy Benefit Managers (PBMs), health plans and others.

When it comes to drug pricing, fingers of blame point to ‘other’ players without acknowledgment of culpability – similar behavior to a circular firing squad. The blame game is relatively easy to play when there is little transparency to provide proof of guilt or innocence. To maintain this charade of social responsibility, profiteering off those who ultimately pay the bills is the mainstay of any lobbying efforts and marketing optics. Interestingly, PhRMA came out with their own report in January, “The Pharmaceutical Supply Chain: Gross Drug Expenditures Realized by Stakeholders.” After being attacked by PBMs and other stakeholders as being the sole villain of rising drug costs, PhRMA shot back with their own tell-all study about what other supply-chain vendors are doing behind closed doors.

Drug pricing, so it seems, continues to be the riddle wrapped up in an enigma.

There are a considerable number of games being played by drug manufacturers, PBMs, and yes, even insurance vendors working on behalf of employers and consumers. What follows are just brief examples of worrisome behaviors found within the prescription drug pricing structure.

Since 1998, PhRMA has spent nearly $3.6 billion lobbying Congress to ‘educate’ our elected officials. According to the website, Opensecrets.org, PhRMA spent $245 million in 2016 alone – almost $100 million more than the next largest sector – insurance. Despite this enormous financial ‘investment,’ the efforts have obviously paid off over the years. Drug manufacturers have been immune from negotiating with Centers for Medicare and Medicaid Services to manage their prices to a more reasonable level. They also make it difficult for Americans to purchase drugs from other countries that have more favorable pricing with U.S. drug manufacturers.

Drug prices are expected to increase another 12 percent this year. Americans already spend an average of $858 annually on prescription drugs, more than twice the $400 average spent in 19 other industrial nations. To deter competition, drug manufacturers have found ways to delay generic-equivalent drugs from entering the market. A practice known as ‘pay-for-delay’ allows drug manufacturers to pay-off generic drug makers – thereby delaying the introduction of their generic brands into the market. Thankfully, this practice is declining as the Supreme Court and Federal Trade Commission push this behavior to fall under federal antitrust law. Nonetheless, drug companies are finding more ways to be creative (and profitable).

PBMs exist to serve the public by aggregating drug purchasing power from payers, such as insurance companies, large and small employers and consumers. PBMs claim to negotiate the lowest price from drug manufacturers and the lowest dispensing fee from pharmacies. In return, PBMs receive their revenue primarily through rebates paid by drug manufacturers, who gladly pay to have their drugs listed as ‘covered’ under PBM’s list of approved drugs.

So, do PBMs actually lower our costs? Not as much as they would like us to believe. The rebate arrangement creates a perverse incentive for PBMs to dispense more expensive drugs. The largest PBMs – such as Express Scripts, CVS Caremark and Optum Rx – are incentivized to inflate drug prices because they receive higher rebates in return. Higher prices equate to higher rebates – and ultimately, higher revenues for PBMs.

Local pharmacies, a trusted health provider to consumers, see their margins squeezed by PBMs, whose profits are considerably higher. Keep in mind that PBMs generally claim 40 to 50 percent of a medicine’s list price using obscure and complex mandatory rebates – money that is not typically passed on to consumers. The value they provide to the payers is increasingly considered questionable to those who understand the entire drug pricing scheme. PBMs make more money, usually at the expense of pharmacies and consumers.

Some years ago, while I was consulting with employers on the prescription benefit programs they offered, we would often require insurance vendors and PBMs to complete bid specifications on the rebates they received and the amount of ‘savings’ they were sharing with payers and consumers. It eventually became a running joke that such a process would actually reveal honest responses, as the PBMs and carriers were under no obligation to disclose rebate practices. Insurance carriers would arrange their own special ‘deal’ with PBMs on rebate cost-sharing, and would not share their PBM contract when we pushed for proof of pass-through savings to consumers. Again, the drug pricing riddle performs famously in secret and is confusing to patients.

In May 2017, Dr. Scott Gottlieb assumed his new role as commissioner of the Food & Drug Administration (FDA). He hopes to leverage his agency’s power by promoting more price competition for generic drugs. Where there are fewer than three competing generic manufacturers, applications would be pushed to the front of the line. A prime example of this is Turing Pharmaceuticals AG, which was led by Martin Shkreli, who bought the rights to sell a long-used anti-infection drug called Daraprim, raising the price to $750 a pill from $13.50. In another case, Valeant Pharmaceuticals International Inc. purchased two drugs to treat the rare Wilson’s Disease, only to raise the price by 30-fold. The idea by both organizations was to profit from having no competition.

In the final analysis, much work is needed to fix a broken system. Complete transparency and curtailing conflicting interests must be addressed to solve the drug-pricing crisis that continues to haunt our country. When the truth eventually becomes apparent, PhRMA and the middlemen will reluctantly realize they are part of the problem, and subsequently determine if they can become part of a larger solution.