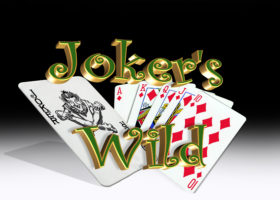 And now, the highly-anticipated healthcare ‘initiative’ begins. This will be important because it may eventually impact all of us. But I’m getting ahead of myself…

This past Wednesday, after great fanfare and anticipation, the joint venture of Amazon, Berkshire Hathaway and JP Morgan anointed Dr. Atul Gawande as the inaugural CEO of the yet-to-be-named company that was announced in February. Although we don’t yet know the precise nature of this healthcare venture, as it is still shrouded in great speculation and mystery, we do know it will be based in Boston and become an “independent entity that is free from profit-making incentives and constraints.” The three organizations have stated they would initially focus on technology that would provide their employees and their families “Simplified, high-quality and transparent healthcare at a reasonable cost.” Gawande will begin his work on July 9.

The media is abuzz about the potential impact this new organization will have on a bloated and inefficient industry that comprises the size of Germany’s economy (GDP of $3.5 trillion in 2016 – the fourth largest nominal GDP in the world). Healthcare in the U.S., commonly acknowledged by those who are openly honest to admit this, has become a revenue-motivated business that creates an enormous jobs program, both of which make it difficult to politically challenge and reform. This powerful industry continues to prosper and wield its tight influence through lobbying and political pressure to those individuals we elect.

Here come three highly-regarded titans within their respective industries – CEOs Jeff Bezos (Amazon), Warren Buffett (Berkshire Hathaway), Jamie Dimon (JP Morgan) – and now another highly-respected healthcare ‘insider’ – Atul Gawande. Bezos, Buffett and Dimon are each fascinating in their own right, but Gawande is the wildcard that piques my attention. Here’s why…

Dr. Gawande’s accomplishments are both vast and deep. He is well known as a surgeon – he practices general and endocrine surgery at Boston-based Brigham and Women’s Hospital. He is also a professor at Harvard Medical School and Harvard T.H. Chan School of Public Health. Since 1998, he has been a highly popular staff writer at The New Yorker magazine. He has written critically-acclaimed books about healthcare, describing its’ problems and offering sensible solutions. Dr. Gawande is also the founder and executive director of Ariadne Labs, a research center looking for scalable health solutions to improve childbirth, surgery and other care.

What fascinates me the most about Gawande – primarily because of his professional medical background – is that he abhors inefficiencies and wasteful systems, both of which prevent our healthcare system from achieving much better medical outcomes and high-value care. The three sources of waste Gawande would like to eliminate are: 1) the layer of costs added by middlemen, 2) inflated pricing, and 3) misallocated care. While speaking in Aspen, CO, this past Saturday, Gawande mentioned this work will be a “tall fricken order.” He personifies the antithesis of a riddle that continues to dog the current approaches being used to ‘fix’ healthcare:

We MUST find new approaches in healthcare that offer the right type of incentives (and disincentives) to re-direct the behaviors of the key healthcare players. Based on what he has written in the past, Gawande is unafraid of honest evaluations about an industry he has participated for decades.

Detractors of Gawande are somewhat skeptical for the following reasons:

This new venture is entering a high-stakes poker game that requires a wildcard or two. When the smoke settles, we should hopefully have a better understanding on just how well the cards have been played.