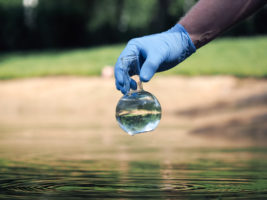 Employer-sponsored health premiums in Iowa have increased 215 percent since 1999. This growth, however, appears tame when compared to health insurance plans sold in the individual market. We’ve grown so accustomed to rising health costs that it has become the ‘new normal’ with no apparent silver bullet in sight to remedy the core problems. Healthcare costs continue to outpace general inflation, typically by two-to-three fold. We live with constant anxiety about paying more for our healthcare – whether through taxes, premiums, deductibles and/or other out-of-pocket expenditures.

With the advent of a new Trump administration geared to repeal many Obamacare components, all sorts of health insurance “solutions” will be debated. Ideas to make coverage more competitive include selling policies across state lines, pushing for health savings accounts, and relying on other tax incentives to perform magic. However well-intentioned, belief that the insurance component will somehow fix our cost problem is wishful thinking.

The major source of this problem is our unhealthy population. “Upstream” environmental factors greatly impact our “downstream” health. for all of us. Upstream factors are many – primarily poor nutrition, inadequate housing and education, and low incomes – all considered to be social determinants of our health.

To meaningfully address healthcare costs in Iowa and nationally, we must be willing to consider new approaches and develop a mindset that transcends party politics. This may sound counterintuitive, but to reign in ever-increasing healthcare costs and enhance better population health, we should explore new solutions ‘upstream’ to invest in our collective health and well-being. This is not about implementing ‘socialized medicine.’ It’s about using our limited resources more wisely on key determinants of overall health that can ultimately improve health and control healthcare costs.

In 2014, we spent 17.5 percent of our economy on healthcare, reaching $3 trillion annually. By comparison, in 1960, we spent only five percent on healthcare. One disturbing estimate by the Institute of Medicine shows about one-third of our healthcare spending – or $1 trillion – is widely considered wasted spending, money that can be better invested elsewhere.

Should healthcare costs dominate such a large segment of our economy? If so, shouldn’t we be healthier than other nations based on what we spend? On a per capita basis, the U.S. performs poorly on many key health indicators. For example, our country has lower birth weight, higher maternal and infant mortality, as well as higher incidents of injuries, obesity, diabetes, heart disease, chronic lung disease, disability rates, mental illness and, surprisingly, shorter life expectancy. In addition, we have more drug-related deaths than other industrialized countries.

With these in mind, one would think that most comparable countries must be outspending the U.S. on healthcare services. The facts are quite the opposite. In 2009, our country spent 16.3 percent of its gross domestic product (GDP) on healthcare, about six percentage points higher than the average 10.3 percent spent by 10 other industrialized countries. Yet, our growing appetite for more healthcare spending results in poorer health outcomes. This is both puzzling and frustrating – for policymakers, taxpayers, employers and their employees. 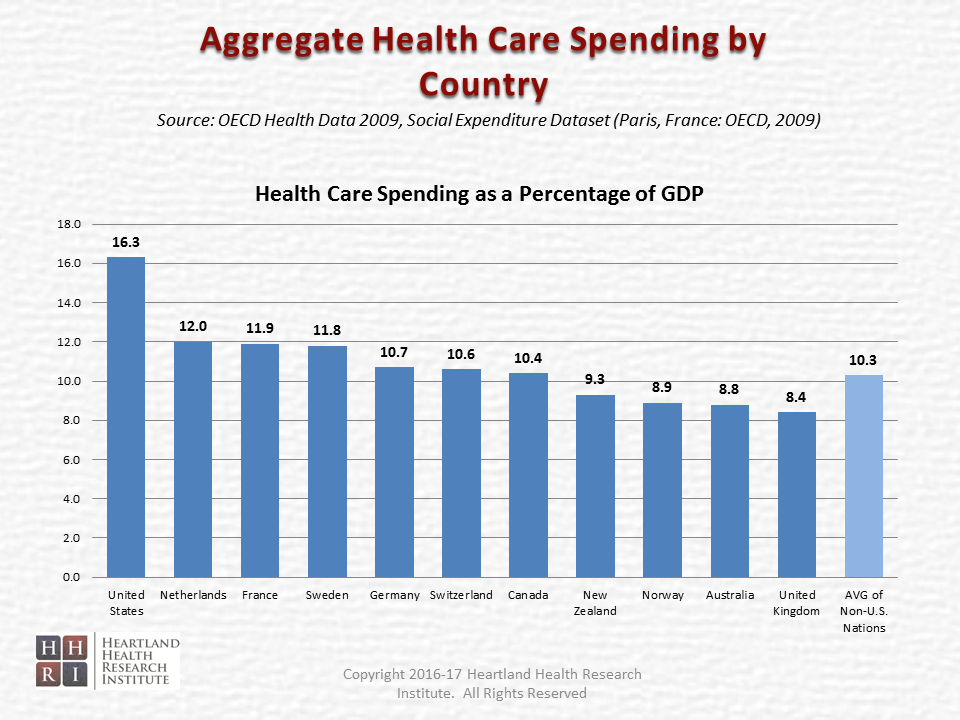 Instead of focusing on how to pay for healthcare – a perpetually-growing segment of our economy – we should re-direct our limited resources to impact basic social determinants of health, such as targeting education, housing, nutrition and poverty. Unlike healthcare, U.S. public spending on social services falls far below other developed nations. In 2009, the U.S. spent 9.1 percent of its GDP for aggregate social services versus the average of 15.8 percent spent by all 10 other wealthy countries. 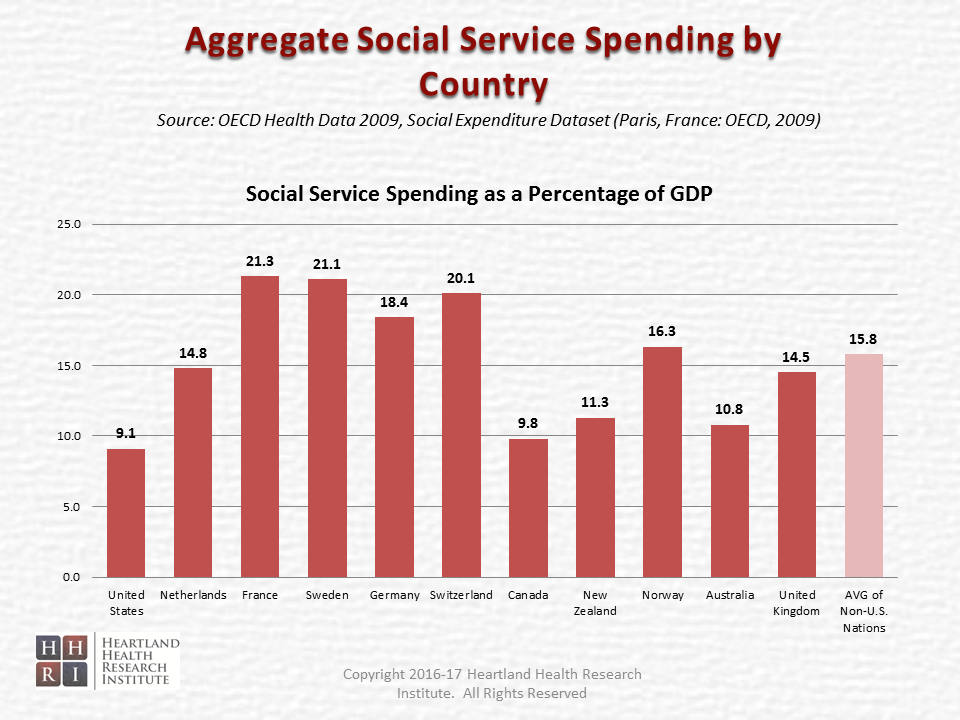 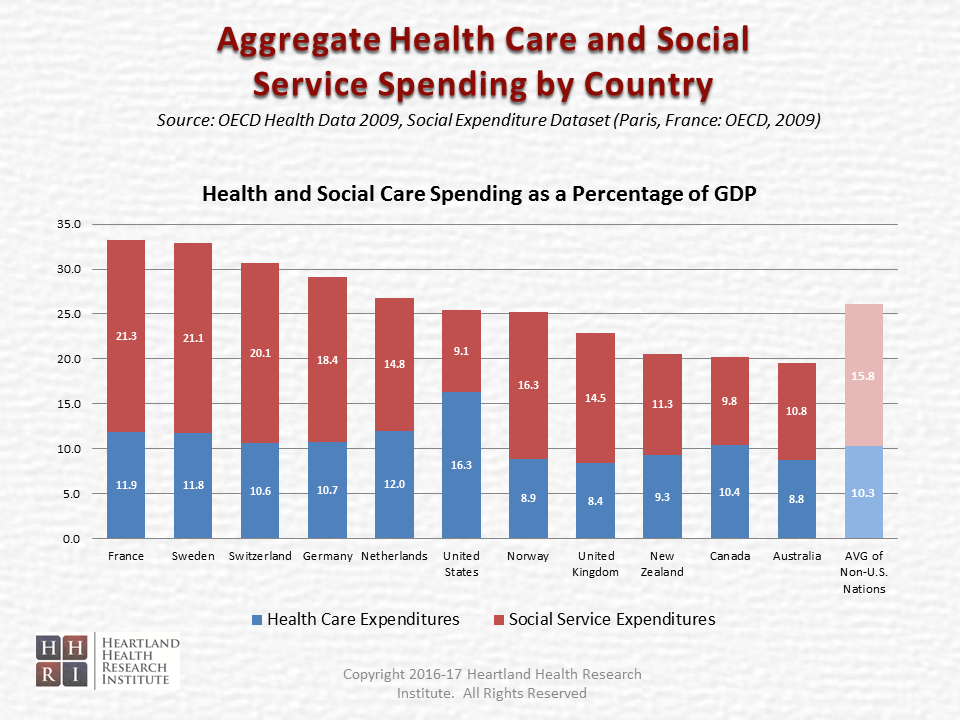 The U.S. is the only wealthy country where healthcare spending accounts for a greater share of GDP than social services spending – an “imbalance” our country has embraced. Over decades, we’ve allowed soaring healthcare costs to smother the necessary investments we must make to improve our community health. In other words, our country inefficiently relies on medical care and insurance to address problems that we fail to address upstream, at their source. An insightful reference on this subject comes from a book written by Elizabeth H. Bradley and Lauren A. Taylor – The American Health Care Paradox…Why Spending More is Getting Us Less.

What can we learn from this?

Realistically, the American culture has had little appetite for becoming more ‘socialized’ in tackling upstream problems, relying instead on the national ideology that spending more on healthcare will solve our health woes and improve health outcomes. But for meaningful change to occur, balancing healthcare with social determinant strategies must emerge both nationally and locally here in Iowa. The Iowa Healthiest State Initiative, a nonpartisan, nonprofit organization, is just one example of attempting to improve the physical, social and emotional well-being of our Iowa communities. This initiative is a good start, but other bold private and public initiatives need to be undertaken for real positive change to occur in healthcare outcomes.

Investing in our health upstream makes a great deal of sense. Spending for the ‘right’ community measures that impact health will provide better health outcomes for Iowa and our country. Such expenditures will take time to translate into positive health outcomes but we need to start investing now. The result may be cost-shifting from inefficient healthcare spending to re-allocating funds for social determinants that matter most, such as nutrition, adequate housing and education. By doing so, we will make our communities and state both healthier and more productive.

Controlling health costs and improving population health – we cannot have one without the other.