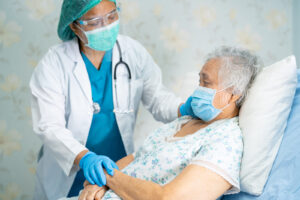 According to a March 2020 report by non-profit, independent organization, ECRI Institute, diagnostic errors and maternal health issues are considered to be the top two patient safety concerns for healthcare organizations. This report, however, was released prior to Covid-19 becoming the national focal point in the U.S.

ECRI’s list of the top 10 patient safety concerns was based on analysis of more than 3.2 million patient safety events recorded via the institute’s reporting program.

The World Health Organization designated September 17 as World Patient Safety Day to raise awareness of healthcare safety and its importance. During that virtual event, the Patient Safety Movement provided 11 takeaways on its Patient Safety Blog for the public, patients and their families to understand while seeking care:

Through the first half of 2020 – ending June 30 – The Joint Commission (TJC) reviewed a total of 437 sentinel events, with 85 percent being voluntarily self-reported by an accredited or certified organization. A sentinel event is a patient safety event that results in death, permanent harm, severe temporary harm or intervention required to sustain life. That total of 437 is a very low number because it is a grossly underreported by medical organizations. In fact, TJC estimates that only two percent of all sentinel events are reported.

The most common sentinel events for the first six months of this year are as follows:

To combat preventable medical harm, the Institute for Healthcare Improvement (IHI) released a National Action Plan on September 17. The report, “Safer Together: A National Action Plan to Advance Patient Safety” was arranged by 27 federal agencies, safety organizations and experts, and patient and family advocates. The plan focuses on four key areas:

Keeping patient safety front and center is critical to force-needed changes within our healthcare environment. 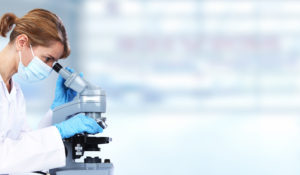 Sixty years ago, about half of all patients who died in hospitals were autopsied to determine the cause of death – which also advanced the knowledge of medicine. In fact, autopsies were considered routine. For some family members, autopsies provided a sense of closure that was desperately needed during an emotional time.

By 1971, this practice changed dramatically when a decision by The Joint Commission – a federal organization that accredits healthcare facilities – dropped the autopsy requirement rates for community hospitals and teaching facilities, which were 20 percent and 25 percent, respectively. Simply put, the practice of performing autopsies on a regular basis was no longer in vogue.

At the time, hospitals were simply performing autopsies to comply with this requirement – not to gain medical insight. Largely due to autopsy cost, which were generally paid by hospitals, medical providers pressured the commission to eliminate the requirements altogether. The commission eventually relented, as it was determined that too many hospitals were performing shoddy autopsies that revealed little additional information to advance the understanding of diseases and the effectiveness of various treatments.

Today, approximately five percent of patients who die in hospitals receive an autopsy. As many as 40 percent of hospitals don’t perform autopsies at all. Many of the autopsies that are performed – such as for the musician, Prince – are to discover any evidence of foul play or suspicious circumstances, perhaps requiring a government-assigned coroner or a medical examiner to review the case. Due to the nature of educating medical students, teaching hospitals are more likely to undertake autopsies than non-teaching facilities. But the decline in autopsies most assuredly means the death certificates are not likely to be as accurate when determining the cause of death.

At a family’s request – and their own expense – autopsies can still be performed. But due to sensitivity and cost issues (an autopsy can run $1,500 or more), most grieving families shun autopsies. Health insurance companies do not cover the cost of autopsies because it does not relate to the health or well-being of a living person.

Moving beyond the cost and sensitivity issues, autopsies do provide a great deal of value to the medical world. Studies show that doctors make diagnostic errors in about 25 percent of cases. These errors remain unknown due to the absence of autopsies, consequently resulting in incorrect information used on death certificates.

In 1998, the Journal of the American Medical Association reported that autopsy results revealed that clinicians misdiagnosed the cause of death up to 40 percent of the time. Other studies indicate that 10- to- 30 percent of autopsies performed reveal previously undiagnosed conditions, many by unreported medical errors. It would be intriguing to know whether fewer medical errors occurred in hospitals when autopsies were more prevalent. Unfortunately, we don’t have such data to definitively render such comparisons.

It stands to reason that autopsies may provide additional learning for physicians and hospitals during weekly or monthly peer review meetings, allowing for new initiatives and policies to emerge that will avert future medical errors. Such evaluations can only come from the autopsy table.

Resuscitating the slow death of the autopsy may actually be a solution to learning more about the frequency of fatal medical errors and to advance the scientific knowledge of medicine. With at least 30 percent of health costs being considered ‘wasted’ cost, why not divert a small portion of this waste to reveal truths we must eventually confront?