Almost five years ago, due to an introduction by a mutual acquaintance, Rosemary Gibson walked into my office for a visit. Prior to our meeting, thanks largely to the internet, I crammed to learn as much as I could about her. Rosemary, I quickly learned, had co-authored four highly-trusted books about healthcare, and I was halfway through her first book, “Wall of Silence,” when we first met. Her research prowess and writing style had me immediately hooked. In a blog that followed our meeting, I called her a healthcare ‘Rock Star.’

Five years later, in a recent op-ed piece for the Des Moines Register, Rosemary and I co-wrote an article about a subject that was not on our radar five years before – China’s growing influence on becoming the “pharmacy of the world.” Through Rosemary’s tenacious appetite to reveal important subject matter that affects Americans, she spent a few years researching, and subsequently writing the book, “China Rx: Exposing the Risks of America’s Dependence on China for Medicine.”

This book is full of examples about how and why China was able to cajole the manufacturing of key active ingredients for many of our medicines away from the U.S. and other friendly countries. This is a critical problem today because, as former government and industry officials have shared with Rosemary, “…if China shut the door on exporting many of these necessary therapeutic ingredients to the U.S., within months, pharmacy shelves in the U.S. would be empty and hospitals would cease to function.” Even India, a top country that manufactures generic drugs, is dependent on China for the active ingredients and raw materials in many of the medicines it makes, not only for its own people, but also for exports.

To borrow a term from the ‘Apollo 13’ movie, “Houston, we have a problem.” No wait, we have a BIG problem!

According to China Rx, a major event occurred in the year 2000 that triggered the U.S. to rely more on China for the supply of medications. Congress and the White House agreed to grant China access to the U.S. market, and also permitted China to join the World Trade Organization. Shortly after, China developed the penicillin and Vitamin C ‘cartels,’ by basically replacing American manufacturers by dumping low-cost product in our country. As a result, American manufacturers could no longer compete against China’s government-financed manufacturers. China’s monopolizing behavior is also commonly seen in many other manufacturing products found in other industries.

In 2004, Baxter Healthcare switched suppliers for Heparin, an important blood thinner agent. The new supplier, now China-based, began controlling this market. A contaminated ingredient was found in Baxter’s Heparin product – “a deliberate contamination for economic-motivated reasons.” From this, 250 deaths in the U.S. resulted from this contamination.

Having a high concentration of our medicine coming from just one country, no matter the country, can become a major strategic health and security risk to our population. To function, the U.S. (and any other country) relies on having appropriately manufactured medicine of high-quality with safe ingredients, reasonably-priced, and readily available. In fact, by ceding the manufacturing of medicine elsewhere, any country could become victims of a new warfare that has never been waged in the past – the weaponization of medicine.

In addition to the on-going trade ‘war’ with China, tensions in the South China Sea continues as an international hot spot. During any of these disputes, China could strategically reduce (or cut-off) the exportation of medicine that we depend for our livelihood, including our health and safety.

How Dependent Are We on China for Medicine?

China Rx does a splendid job of explaining how reliant Americans (and other countries) are on China as it relates to our key medicines. In fact, due to poor quality, the Food and Drug Administration (FDA) banned 29 different medicine products being imported from China. However, because the U.S. is so dependent on these medicines, the FDA had to exempt 14 of those products from its own ban. Some of these products included antibiotics, ingredients for antibiotics and ingredients for chemotherapies. This happened because the FDA was concerned about drug shortages in the U.S.

Below is an excellent video from C-Span in which Rosemary Gibson discusses many issues and implications about relying on China to be the sole supplier of many of our medications.  Additionally, two former international trade officials corroborate the findings of China Rx, giving this discussion a troubling, yet powerful vibe about our current reliance on China for our medicine. 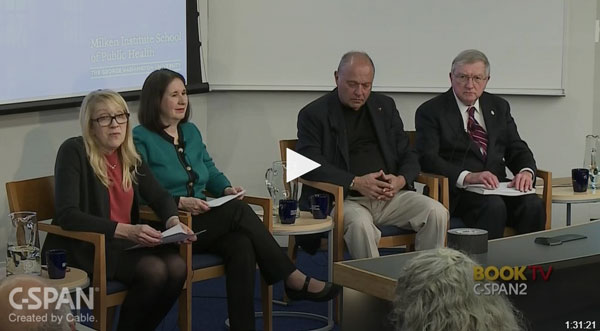 China Rx
Rosemary Gibson talked about the risks of the U.S. depending on China to supply the essential ingredients for many of our most widely used medicines.

A stunning finding from Rosemary’s book is that even when American companies have their own plants in China, they frequently do not meet the quality and safety standards that we would all come to expect. China products can be initially cheap because they hope to capture the market and drive their American competitors out. This can be done because the Chinese assume no liability for what they make – a ‘buyer beware’ mentality.  The problem is that most Americans have no idea that the medications they use come from a relatively unregulated country. One hidden price of cheap drugs is the lack of consumer protections. However, once American competitors are no longer competing, the prices can be (and are) arbitrarily increased with no particular reason – other than greed – and control.

For the future, China Rx provides three recommendations to the China problem:

The medicine we depend on must be affordable, manufactured safely with trusted third-party oversight, and always be in supply for our country. Rosemary Gibson is on to something very important – indeed, crucial. 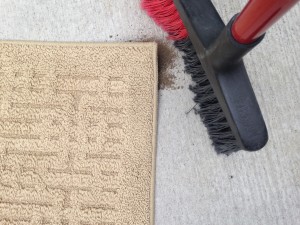 Harvard, Yale, Princeton and Stanford – all are very prestigious universities.

The Cleveland Clinic has enjoyed this elevated stature for years. But, unfortunately in healthcare, it may be easier (and cheaper) to ‘buy’ an image of quality than it is to consistently perform quality care practices day in and day out – especially when the image is protected by suppressing information from state and federal authorities regarding safety practices.

Believe it or not, Cleveland Clinic was on a “termination track” with Medicare between 2010 and 2013 (19 total months) for more than a dozen inspections that occurred due to patient complaints. Cleveland Clinic was threatened to lose its almost $1 billion annual Medicare reimbursements – quite a hit, even for a multi-billion dollar organization. After repeated Cleveland Clinic violations, the Centers for Medicare and Medicaid Services (CMS) took the unusual step to personally cite CEO Toby Cosgrove and the Cleveland Clinic Governing Board.

In June, Modern Healthcare reported that retired Air Force Col. David Antoon had accused Cleveland Clinic of withholding documents from federal authorities while the Clinic was being investigated for substituting Antoon’s authorized surgeon with a medical resident that resulted in a gross medical mistake. Mr. Antoon suffered serious disabling injuries resulting in the loss of his job as an airline pilot.

According to this article, and based on my correspondence with Mr. Antoon, the Cleveland Clinic hid important documentation from federal inspectors to avoid responsibility (and liability) for their derelict actions. If this can happen at a prestigious institution, you can be confident that it can happen anywhere.

As mentioned in previous blogs, Rosemary Gibson, senior advisor at The Hastings Center, did a splendid job of explaining in her book, “Wall of Silence,” how the ‘medical industrial complex’ in this country is conspicuously silent when it comes to medical mistakes that kill and injure millions of Americans.

U.S News & World Report recently published the ‘Best Hospitals Rankings’ and placed the Cleveland Clinic in the top position for Urology. In contrast, Healthgrades ranked Cleveland Clinic with the lowest possible score for prostatectomy outcomes; CMS data for Hospital Acquired Conditions (HACs) placed Cleveland Clinic in the bottom 7% of all hospitals with a score of 8.7 (scores ranging from 1- 10, with ten being the worst); and the independent Leapfrog Group gave the first ever “D” grade to Cleveland Clinic for patient safety. WDAF-TV (Kansas City, MO) recently reported that hospitals must pay US News to use the “Best Hospitals” logo in advertising. Many rating organizations charge hospitals to market their grades. So what can the public believe: “pay to play” advertising or independent reviews?

The Cleveland Clinic will continue to pay US News to market itself as evidence that they are a ‘prestigious’ medical organization, and yet quietly sweep the CMS action, and other independent negative reviews, under the rug.

Again, my point is simple. If this happens to the prestigious Cleveland Clinic, it can happen anywhere – and it does. Unfortunately, the Cleveland Clinic story is only the tip of the proverbial medical iceberg. The medical industry is unwilling and, quite frankly, unable to reform itself from within. Because of this reluctance, it is now time for the public to apply transparency measures. Our own lives may depend on it.

As the saying goes: “Fool me once, shame on you. Fool me twice, shame on me.” I think this easily applies to all of us who continue to allow the medical establishment to self-regulate with secrecy – resulting in unnecessary harm to unsuspecting patients.

I’d love to hear your thoughts.

In April, I had the pleasure to meet and host a health care ‘rock star’ in my office, Rosemary Gibson. Rosemary is a Senior Advisor at The Hastings Center, an 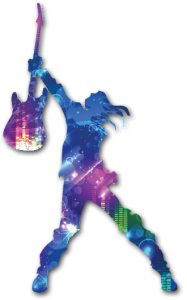 In addition to having a very impressive and powerful resume, Rosemary has written four books that provide critical insight into our health care system that is both disturbing and, quite frankly, outrageous. These extremely well-written books are co-authored by, Janardan Prasad Singh, an economist at the World Bank. After meeting with Rosemary, I quickly purchased all four books and challenged myself to find time to devour them in short order.

Using her extensive knowledge, Rosemary passionately speaks the unmitigated truth about a very complex and perverse health care ‘system’ in which we all participate. As an example, Rosemary shared with me this-alarming (if not mortifying) fact about health care spending in the U.S. that was generated by the Congressional Budget Office (CBO):

“If historical health care spending trends continue, the U.S. will be spending 99 percent of its Gross Domestic Product on health care by 2082.” That’s right – 99 percent in about 68 years! (Source: CBO. The Long-Term Outlook for Health Care Spending. Appendix D. November 2007).

Our country currently spends about 18 percent of our GDP on health care, which makes it nearly one-sixth of our existing economy. If accurate, the CBO estimate would essentially mean our entire economy would consist of health care – which is absolutely astounding!

Granted, the CBO report was published in November 2007, about three years prior to the passage of the Affordable Care Act (ACA). Yet, many experts argue that the ACA was more about covering additional people under different types of health care plans (both public and private), than attempting to control the cost of health care.

Rosemary was greatly interested in our recently published white paper, ‘Voices for Value,’ on how Iowa employers view the health care provider community.

I’m looking forward to finding new ways to collaborate with Rosemary in the future and welcome her expertise here in Iowa. Rosemary’s background and critical insight into our fractured health care system is greatly appreciated as we strive to find new opportunities to make a difference.

You will hear more about this health care ‘rock star’ in future blogs – stay tuned!