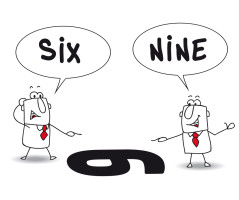 When it comes to patient safety progress in the U.S., are we better off today than we were 17 years ago, when the Institute of Medicine’s seminal report “To Err is Human” was published?

Depending on the source (and their particular perspective), the answer to this question can vary widely.

As outlined in our ‘Silently Harmed’ white papers, the measurement of medical errors within hospitals is, quite frankly, abysmal. However, there are pockets of success – such as infection rates – that have dropped in hospitals. This past December, the Agency for Healthcare Research and Quality (AHRQ) issued findings that indicate decreases in infections, medicine reactions as well as other complications from 2010 to 2014 that have resulted in 2.1 million fewer incidents of harm – and 87,000 fewer fatalities.

In Iowa, an editorial by Dr. Tom Evans in the Des Moines Register acknowledged that preventable medical errors do exist – but that “significant improvements” have been made over the past 10 years. Further, data suggests that adverse drug events were virtually eliminated (99.9 percent), pressure ulcers were reduced by 89.4 percent, central line-associated infections decreased 34.7 percent along with many other improvements that were made in less than four years. These “downright impressive” results brought an avoidance of 3,310 adverse events, 15,603 fewer days in the hospital, and more than $50 million in cost savings.

Such public messages appear to be a good start, but make no mistake, we should refrain from performing a celebratory dance in the end-zone as if a game-deciding touchdown was scored. Continuing our football analogy, some notable national experts may suggest that the ball has advanced only a few yards, but far shy of reaching a new set of downs.

The fact is, when it comes to actually reporting adverse events, we don’t know what we don’t know. In other words, we can only measure what is being reported.

A recent report from Leapfrog Group and Castlight Health finds that computer systems in hospitals fail to flag 13 percent of potentially fatal mistakes, while about 40 percent of the most common medication errors were not caught when tested. In 2014 alone, the Centers for Disease Control and Prevention (CDC) indicates that a life-threatening bacterial infection, called Clostridium difficile (C. diff) has sickened over 100,000 American hospital patients. The CDC reports this particular infection has increased by four percent between 2013 and 2014, while other research suggests that 450,000 people, both inside and outside of U.S. hospitals, are affected by this infection each year, resulting in 29,000 fatalities.

I have periodically heard that patient safety experts in academia are not living in reality, as they tend to use their own theoretical acumen and measurements that seldom match up with the ‘real world’ of care delivery. Perhaps this may be true in some cases, but many of these same ‘academia’ experts also practice medicine for a living and have a great deal of passion to ‘simply do the right thing.’ They avoid projecting a false sense of security that our care is safer than it really is. Doing so can be disingenuous – if not grossly misleading.

A short list of highly-accomplished individuals that are on the forefront of patient safety in the U.S. and worldwide include: Dr. Ashish Jha, Harvard School of Public Health; Dr. Martin Makary, Johns Hopkins University; Dr. Peter Pronovost, Johns Hopkins; Dr. Atul Gawande, surgeon at Brigham and Women’s Hospital (Boston); Dr. Lucian Leape (retired from Harvard); Dr. Robert Wachter, UCSF Medical Center; etc. This list is long and impressive. They are not fearful about holding up the mirror to other clinicians and provider systems and challenging them to measurably improve their outcomes based on what is most important to patients.

On March 23, ProPublica held a webcast forum to discuss the value of the Surgeon Scorecard that became available to the public in 2015. Given the lack of specific risk-adjusted data we have on individual clinicians, it was interesting to hear arguments on both sides about the evolution of clinician scorecards available for public use. Toward the conclusion of the forum discussion, Dr. Jha was asked to summarize the progress of patient safety since the IOM report went public 17 years ago. This particular comment was quite revealing:

Again, time to ‘huddle-up’ and find new ways to advance the ball down the field. Let’s hope that a celebration will eventually take place in our collective future!