A recent report published in The BMJ by Dr. Martin Makary and Michael Daniel, both from Johns Hopkins University School of Medicine, generated a great deal of national exposure from the mainstream media – and for good reason. We have known for years that fatalities due to preventable mistakes made in U.S. hospitals are enormous. In fact, medical errors are the third-leading cause of death in this country, behind only heart disease and cancer. But the number of medical-error fatalities are seldom reported or collected by local and national health officials.

The report estimates that about 251,000 patients die annually in hospitals due to preventable medical mistakes. However, this is considered to be a low estimate because the authors tracked only errors documented in health records, and included only hospital patients. For many obvious reasons, mostly due to malpractice and reputation concerns, medical errors are grossly underreported.

In addition to the report, the authors published a letter directed to the U.S. Centers for Disease Control and Prevention (CDC) suggesting that death certificates have serious limitations by not listing the preventable complications that contributed to the death of patients. The authors, no doubt, agree with our ‘Silently Harmed’ white papers which state “preventable harm in hospitals appears to be an epidemic, and until it is exposed and meaningful reporting methods are embraced and enforced, we have no clear process to measure improvement.”

The United States currently uses a collection system on national health statistics that does not track medical errors. Death by diagnostic and medication errors, communication breakdowns and other system errors are not counted nor included on the death certificate. This is because U.S. health statistics are based on International Classification of Disease (ICD) codes, instituted in 1949.

Bob Anderson, chief of the CDC’s mortality statistics branch, told National Public Radio recently that such reporting would be hard to change “unless we had a really compelling reason to do so.”

This particular comment struck a raw nerve with me. I can think of at least 251K+ ‘compelling’ reasons to change how we track mortality statistics in this country!

When will we finally break away from our adherence to past practices and realize that for medical outcomes to eventually improve, we must accept and embrace new priorities that will address the third-leading cause of death in the United States? For real progress to take hold in healthcare, we must first confront the brutal facts by gathering pertinent measurable statistics to serve as concrete benchmarks for future improvement.

Now that would be compelling!

We kickoff our HHRI website by introducing a new family of white papers, Silently Harmed – Hospital Medical Errors in the Heartland.

Do you know how many patients are harmed in hospitals each year due to preventable medical errors? You would think these critical metrics would be painstakingly reported by hospitals on each given procedure, wouldn’t you?

Unfortunately, they are not. If accurate information is available, it has yet to be found.

To most Americans, preventable medical errors1 in our hospitals is largely an unknown problem. The United States does not have a bona fide national strategy to confront preventable adverse events (PAEs). Nor do we have an independent central coordination group, similar to the Federal Aviation Administration (FAA), to align all of the various organizations involved in patient safety for reporting and investigative purposes. There is a great deal of talk and frenetic activity generated around PAEs, but if progress is being made, it appears to be glacial. Voluntary reporting of patient harm caused by PAEs is not widely practiced and is, in large part, not shared with the public. When it comes to the number of patients seriously or fatally harmed, the best that our country can muster are estimates – national estimates.

But what about estimates for just Iowa and its six neighboring states? 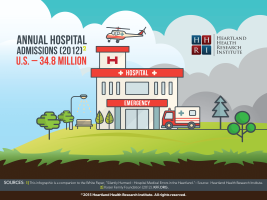 Again, we know very little about the number of PAEs for each state. In fact, even the harmed patient is often unaware that a PAE happened while being hospitalized. This lack of knowledge is the purpose for Silently Harmed, a family of white papers released today by Heartland Health Research Institute (HHRI). In addition to estimating the number of patients seriously and fatally harmed in Iowa, Silently Harmed also provides estimates for the six other midwestern states that border Iowa: Illinois, Minnesota, Missouri, Nebraska, South Dakota and Wisconsin.

It is fair to say that national estimates on PAEs are imprecise. In fact, estimates vary widely from many sources, causing a great deal of consternation for health public officials, patient safety advocates, healthcare providers, and many other stakeholders. Below is a brief outline of national estimates that we used for each of the seven states. Future blogs will address the results found in each of them.

Estimated Patients SERIOUSLY Harmed in U.S. Due to PAEs

Silently Harmed offers a range of national estimates on patients seriously harmed in our hospitals due to PAEs. As described in Silently Harmed, the low-end estimate is that 6.6 million patients are harmed, with a high-end estimate of 11.5 million patients. Using the mid-range annual estimate of 8.7 million harmed patients, this number is equivalent to the population of New York City. As summarized below, every four seconds, one patient is harmed in the U.S. due to a preventable mistake, meaning the mistake could have been avoided. During the 25-minute average commute time to work in this country, 417 patients are harmed, or about one in every four hospital admissions. 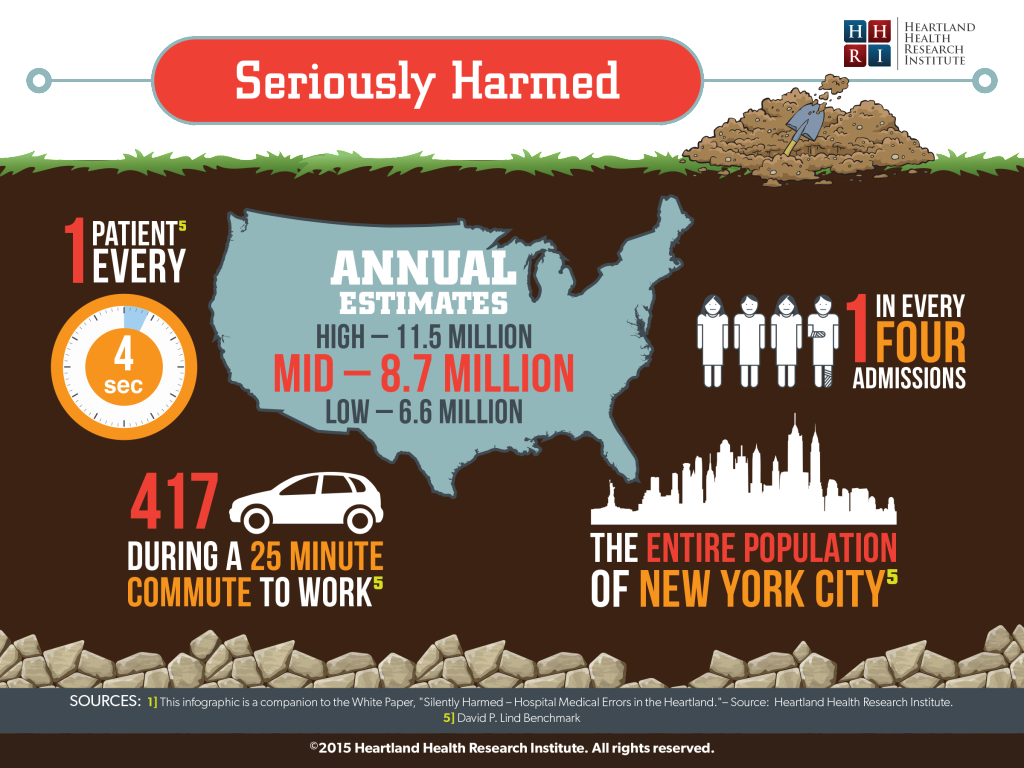 Thankfully, we do know the annual number of hospital admissions for each state. Based on that metric, we have calculated estimates for hospital patients seriously harmed in each of the seven midwestern states. The estimates for the U.S. do not include outpatient settings, such as doctors’ offices, nursing homes, outpatient surgeries, etc. Because of this, one might correctly argue that this is a conservative estimate. Care-quality also varies wildly in different parts of our country, so using a national estimate will not include quality-adjusted care for Iowa or any other Heartland state. Without having accurate data on quality outcomes that can impact patient safety for each state, we avoided applying any quality metrics.

Estimated Patients FATALLY Harmed in U.S. Due to PAEs

What are the national estimates of patients who were fatally harmed by mistakes within U.S. hospitals? You guessed it, these estimates also vary widely. Silently Harmed uses the often-cited estimate of 98,000 lives from the Institute of Medicine’s ‘To Err is Human’ report from 1999. This number has now proven to be the low-end estimate, while 440,000 fatalities from the Journal of Patient Safety serves as the high-end estimate. Finally, assuming a mid-range estimate of 250,000 annual fatalities is true, the graphic below provides the following averages regarding preventable fatalities in the U.S. due to PAEs. 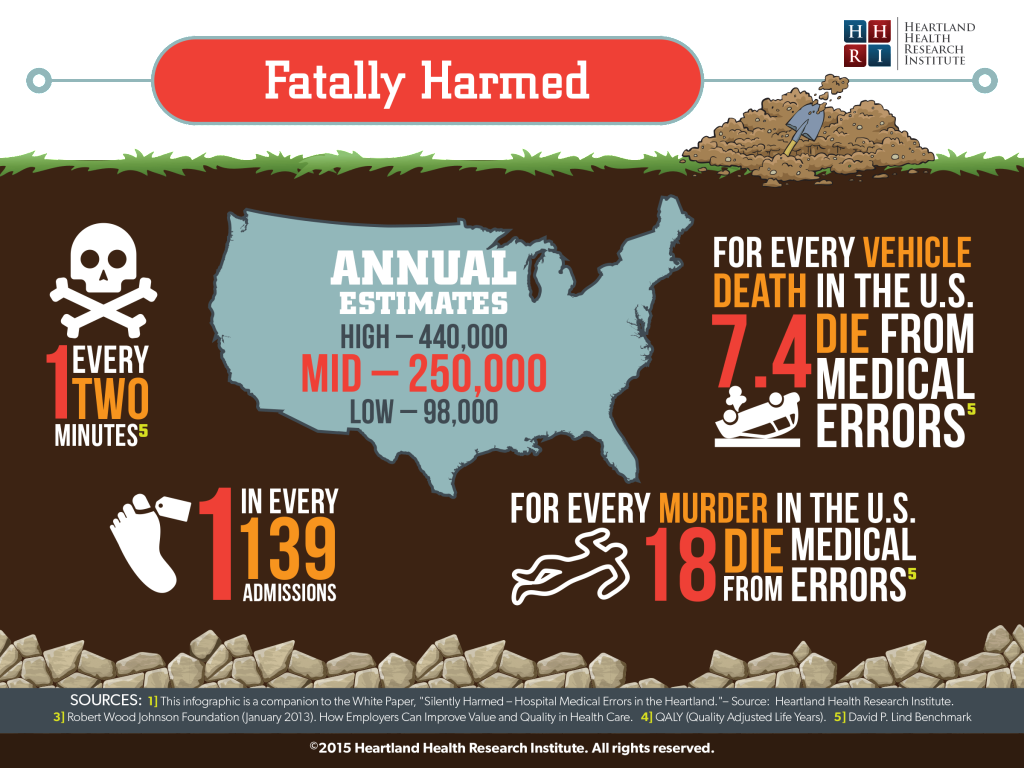 Social and Economic Costs of PAEs in U.S.

The costs resulting from preventable adverse medical outcomes are staggering. In addition to costs that are a result of medical errors (beyond the cost of care that would otherwise occurred), the social costs alone are about a third of the total U.S. healthcare spending. Social cost is determined by the “value of a statistical life,” a term used by economists. This value is typically used by federal regulatory agencies when making policy decisions about trade-offs people are willing to make regarding additional wages in riskier jobs. Depending on inpatient injuries and fatalities due to PAEs, social costs can range in the U.S. from $93 billion to $2.4 trillion annually. The social and economic implications to PAEs are, to put it mildly, massive. 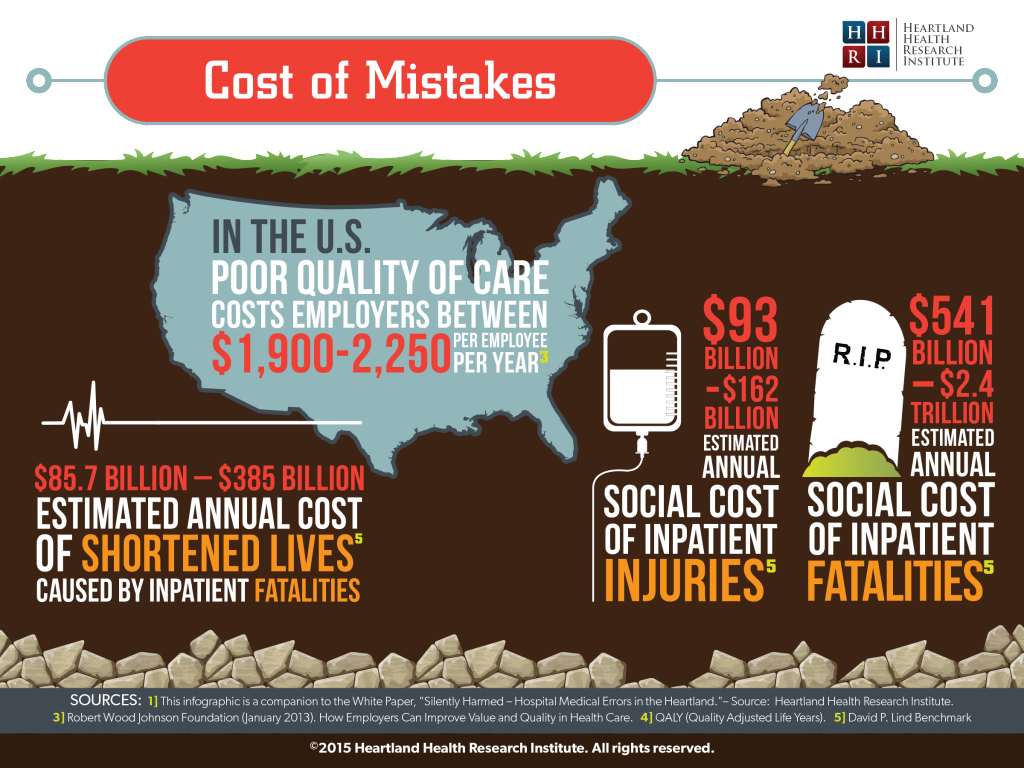 Each ‘Silently Harmed’ white paper is available for download, at NO CHARGE. To learn more about estimations for a particular ‘Heartland’ state, you may start here.

1 According to the Institute of Medicine, a medical error is a preventable adverse effect of care. Examples include an inaccurate or incomplete diagnosis or treatment of a disease, injury, infection, or any other ailment. 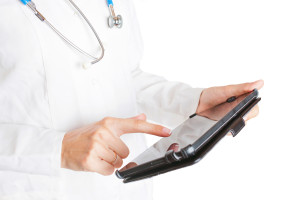 According to a published study in the Journal for Health Care Quality, few medical “registries” exist to allow doctors and hospitals to compile and share their results with one another. One of the co-authors of this study, Dr. Martin Makary, a noted surgeon at the Johns Hopkins School of Medicine, stated on National Public Radio, “For 99 percent of people in America, when they go in to have surgery, the outcome of that operation is not measured. Nobody’s keeping track.”

Makary indicates that a registry collects data on disease and outcomes from different centers. But, when he attempted to gain access to the outcomes from other centers, he was unable to. This prompted Makary and colleagues to investigate if other diseases beyond his work (pancreas islet transplantation) are being tracked in national registries and available to the public.

According to Makary’s study, 154 registries were identified, and a tremendous amount of variation exists between the different medical specialties, with only 18 percent having any form of auditing for data verification. Such results are absolutely abysmal!

Healthcare patients and payers justifiably demand a great deal more accountability from those providing the care. Efforts to improve our care appear hollow without implementing rigorous requirements to PUBLICLY report these key metrics. Voluntarily reporting seems to be more about convenience and less about a societal moral obligation. But transparency will work if closely tied to accountability.

One must reasonably ask: Why is our current reporting ‘requirements’ deemed acceptable?

To stay abreast of healthcare issues, we invite you to subscribe to our blog.