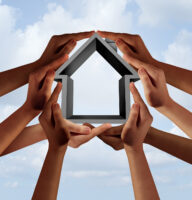 In 2016, Dr. Yogi Shah and I co-wrote a blog about moving ‘upstream’ to make investments in population health, more specifically, the social determinants that impact our health. As indicated in our work, when compared to other industrialized countries, the U.S. spends disproportionately large amounts on medical services, while largely ignoring the living environment that greatly affects the health of our population. We spend considerably more for medical care, yet our outcomes compare unfavorably to those countries.

In the U.S., we have done a great job of ‘medicalizing’ our social problems. But instead of focusing on how to pay for medical care, we would be wise to re-direct our limited resources toward improving basic social determinants of health, such as education, housing, nutrition and poverty.

UnitedHealthcare, the nation’s largest health insurer, and a division of UnitedHealth Group, announced this past week that their program of investing in affordable housing projects has now surpassed $400 million. Since 2011, UnitedHealthcare has invested in 80 affordable-housing communities across 18 states with more than 4,500 new homes for individuals and families in need.

It should be noted that the shortage of affordable housing greatly impacts population health. It limits choices about where people live, often pushing lower-income families to substandard housing in unsafe, overcrowded neighborhoods with higher rates of poverty and fewer resources for healthy outdoor and exercise activities. Further, unaffordable housing can prevent people from meeting other basic needs including nutrition and healthcare.

Not to be outdone, other insurers are also making affordable housing investments. The nation’s second largest insurer, Indiana-based Anthem, has committed about $380 million developing affordable housing over the past decade. Kaiser Permanente, a California-based healthcare provider that also sells health insurance, has invested $200 million to address housing stability, homelessness and other community issues. Blue Cross and Blue Shield of Minnesota, HealthPartners and UCare, all in Minnesota, are also supporting smaller projects to do the same. I’m sure there are other insurers making similar investments elsewhere.

As we all know, healthcare payers are having difficulty controlling escalating healthcare costs. One mindset change is to look ‘upstream’ and find local priorities that are linked to poor health outcomes needing attention. According to one study brief, social determinants account for about 80 percent of health outcomes, meaning that the majority of our healthcare costs can be attributed to non-clinical factors.

Research continues to confirm that unmet social needs are associated with higher rates of hospital admissions, readmissions, and emergency room use. One prime example is that supportive housing has been shown to decrease Medicaid costs by up to 67 percent, which includes reduced emergency room visits and inpatient admissions. Such outcomes can positively impact the private-payer ledger by saving monies paid to medical providers who care for the low-income population.

Investing ‘upstream’ is a smart alternative to the avoidable problems that become more expensive ‘downstream.’ It is good to see that more insurers are also taking this approach.