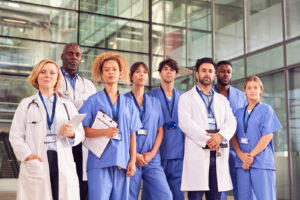 Summer is a time for relaxation. It is now becoming safer to go to the beach, attend concerts and sporting events, and gather with family and friends at our favorite venues. Enjoying backyard grilling and other outdoor activities make our summers seem almost ‘normal’ again.

Summer is often associated with reading ‘leisurely’ topics that may not be too taxing on our minds. To that end, my wife always reminds me that I need to adhere to this philosophy and read something that is non-work related and ‘enjoyable.’

That is why I just finished yet another book about…healthcare! This book, “Uncaring: How the Culture of Medicine Kills Doctors and Patients,” written by Dr. Robert Pearl, was a real gem to read.

The credibility of authors can be unusually powerful, especially if the author has brutally-honest viewpoints that directly correlate with their particular profession. In Uncaring, Pearl is a highly-credible source in spades while writing critically about his own profession. He backs his insights from research and, just as importantly, his own personal experiences. Pearl is the former CEO of The Permanente Medical Group – the nation’s largest medical group – and former president of The Mid-Atlantic Permanente Medical Group. He is one of Modern Healthcare’s 50 most influential physician leaders. That’s right, he is also a physician who is board certified in plastic and reconstructive surgery.

Noted author Malcolm Gladwell wrote about Pearl, “No one is better qualified to write about what ails healthcare than Robert Pearl.”

I have spent almost 10 years writing blogs. Most of my topics relate to employee benefits (through David P. Lind Benchmark) and, more specifically, bloated healthcare costs that emanate from our fragmented system of care (found at this site). It has been my observation that, too often, the healthcare ‘establishment’ is too bent on maintaining the status-quo, even though threats are ramping up to eventually disrupt a system that desperately needs disruption. To this, Pearl bluntly states, “Doctor’s benefit too much, financially, from the way things are and stand to lose too much, culturally (their prestige and privilege), by changing.”

Pearl writes that the physician profession is experiencing an unprecedented level of burnout, which impedes the quality of medical care they provide to patients. According to Medscape in 2019, 44 percent of physicians are ‘burned out,’ primarily due to working too many hours at the office, interacting too much with their computers, and not being paid enough to perform the many required bureaucratic tasks. In fact, a 2020 survey (conducted prior to the COVID-19 pandemic) found that all physician specialties reported a burnout rate of at least 29 percent. The physician burnout rates are staggering.

According to Dr. Pearl, however, the variation in burnout rates among different specialties cannot be explained by the amount of money earned, hours worked, or bureaucratic paperwork performed. Pearl’s book comes up with a different reason why physician burnout happens – physician culture.

Why is physician burnout so important? According to a recent report prepared for the Association of American Medical Colleges, by the year 2034, there will be a shortage of physicians ranging from 37,800 to 124,000. This dire projection will affect most Americans when attempting to gain access to quality care.

Physician Culture is influenced by…

Pearl does an extraordinary job of explaining physician culture, which is influenced by two perverse obsessions that doctors historically have within their profession: prestige and status. As described in his book, this physician culture insulates doctors from the financial, ethical, and clinical pressures to change. Strong and harmful culture is embedded in the physician world, and yet physicians are unable to recognize its impact on their lives.

Social and professional status, as determined by British epidemiologist Sir Michael Marmot, have a large influence over a person’s mental and physical well-being. Stress levels and self-esteem are affected by the real or perceived rank one has with friends and society, in general. Psychological studies highly suggest that losing social or professional status will produce the same symptoms associated with burnout – anxiety, fatigue and depression. In today’s world, doctors worry that their profession is losing its power and influence that it once had.

There is an unwritten hierarchy in the medical profession that constantly remind physicians about how they compare with their medical colleagues. In simple terms, the prestige of being a high-volume surgeon at a ‘centers of excellence’ – rather than a general surgeon without having high-volume specialty skills, will determine where physicians fall on the totem pole of hierarchy. Family practice physicians do not fare well in this hierarchy, and therefore, their burnout level is higher than in specialties that require more specific skills. This is unfortunate. Research continues to show that when healthcare organizations place a high value on primary care, evidence-based care and various preventive approaches, the prevalence of chronic disease is reduced among patients by up to half.

This self-imposed hierarchy influences the mental health and overall happiness in physicians. As Pearl indicates, “Their obsession with status will continue to inflict harm on themselves and their patients.” According to Pearl, those physicians who care for patients with urgent, life-threatening problems are more valued than those who attempt to prevent diseases from happening. This culture determines how each physician specialty is placed on the status hierarchy.

Physician preoccupation with status is the culprit of increasing burnout and compromising effective medical care. This long-held culture must require a refreshed approach that will change how physicians see themselves amongst their peers.

Pearl argues that for culture to eventually change, the U.S. must change to an integrated, prepaid, technologically advanced physician-led healthcare delivery system. Under this, no longer are physicians competing with one another, but rather, they collaborate and communicate with one another to serve the patients.

This book serves as a good reminder to all policymakers and the physician community that culture matters a great deal. Cultural change is seldom by choice, but rather, by survival. 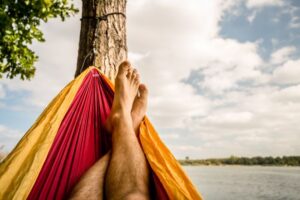 Now, it’s on to the next book…and the hammock!