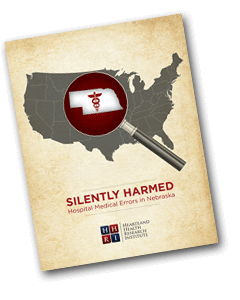 Heartland Health Research Institute (HHRI) has released its ‘Silently Harmed’ White Paper that provides estimates for patients who were fatally and seriously harmed in our hospitals due to preventable adverse events (PAEs).

>> About every 10 minutes, estimates show one person is seriously harmed in a Nebraska hospital... 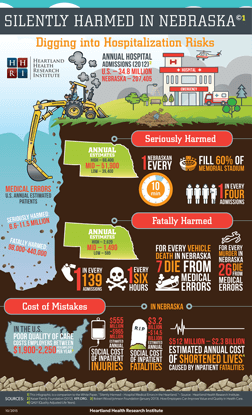