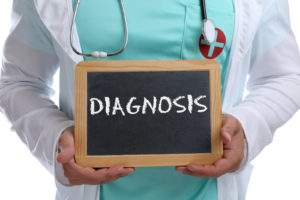 Have you ever heard or perhaps experienced first-hand, that a patient was diagnosed with a particular health condition and learned later the diagnosis was inaccurate? Chances are, it’s happening more frequently than you might think or wish to accept.

The somber statistics about misdiagnosis in the U.S. are both staggering and devastating. According to a 2015 report, “Improving Diagnosis in Health Care,”diagnostic errors account for up to 17 percent of hospital-related adverse effects – a horrifying number when you consider that about 35 million people are admitted to U.S. hospitals annually. For outpatient procedures, approximately 12 million will experience a diagnostic error. In 1999, the National Academies’ study indicated that 10 percent of all medical diagnoses in the U.S. were incorrect, causing 10 percent of all deaths in the U.S. In short, one in 10 patients receive treatment based on the wrong diagnosis, resulting in unnecessary surgeries, ineffective or dangerous medication, inappropriate transfusions, avoidable infections, extended hospital stays and other care deemed unnecessary.

Mayo Clinic’s study, “Extent of diagnostic agreement among medical referrals,” recently found that when patients were referred by primary care practices to Mayo’s General Internal Medicine Division during 2009-2010, that only 12 percent of patients received confirmation of their previous diagnosis. The majority of patients – 66 percent – found their diagnosis were “better defined/refined” after visiting Mayo, while 21 percent had distinct differences between their referral diagnosis and final diagnosis.  This equates to 88 percent of patients receiving a new or refined diagnosis at Mayo.

In order to provide effective and efficient treatment, patients must first receive the right diagnosis. As James Naessens, Sc.D., head of the Mayo research team stated, “Knowing that more than one out of every five referral patients may be completely [and] incorrectly diagnosed is troubling – not only because of the safety risks for these patients prior to correct diagnosis, but also because of the patients we assume are not being referred at all.” Not receiving a second opinion proves to be both expensive and potentially deadly.

Why should this matter to employers and other payers? In addition to the human cost of being misdiagnosed, the costs can be a major contributor to approximately one-third of the healthcare waste estimated annually – amounting to $1 trillion.

In the final analysis, each and every one of us need to be vigilant about the care we receive. Our lives just may depend on it.