It happened on January 14, 2018. My ears went bonkers, and they were still ringing months later. My daughter, Emma, brother, Joe, and I attended the NFC divisional playoff game in Minneapolis between the New Orleans Saints and my favorite, but too-often-cursed team – the Minnesota Vikings.

As we found out late in the game, we had phenomenal seats on about the 10-yard line – only three rows up from the playing field. The Vikings led at halftime 17-0, but the Saints came back in the second half and established a 24-23 lead with 10 seconds remaining in regulation. The Vikings had the ball on their own 39-yard line with some disgruntled Viking fans already beginning to exit the stadium with little hope of a home team victory.

However, Viking’s quarterback Case Keenum threw a 27-yard pass to receiver Stefon Diggs, near our side of the field. While staying in bounds and missing a poor tackle, Diggs saw there were no Saints defenders between him and the end zone. He immediately turned up field and sprinted down the sidelines – right in front of us (see video of TD) – for a touchdown. The game was the first in NFL history to end in a touchdown as time expired. This game is now popularly known as the Minneapolis Miracle!

Following this now historic NFL play, the stadium erupted into huge chaotic joy. In fact, it was the loudest noise I had ever experienced in ANY sport or rock concert attended. While exiting the stadium, I was having problems re-living the ‘miracle’ moment with Emma and Joe. I remember having to ask numerous times, “What did you say?” The ringing in my ears continued into that next week and I assumed it was the residual side-effect of that game.

But weeks and months following the game, it made me realize that my ears were not functioning properly. I had difficulty listening to others in a small group setting, especially in restaurants. My ears would continue to ring and it often felt as if I had water in both ears. The more I spoke, the ear problem became more acute. After seeing an ENT physician a few months following the Minneapolis Miracle, I was diagnosed with mild hearing loss due to tinnitus, which is a relatively common problem. Most likely the ‘Miracle’ was not the sole cause of mild hearing loss, but it certainly did not help.

According to Mayo Clinic, tinnitus affects between 15-20 percent of people, most commonly in older adults. The Hearing Health Foundation estimates that 48 million Americans have some degree of hearing loss, ranking just behind arthritis and heart disease as a leading cause of disability. Based on some research, hearing loss may point to increased risk of dementia, cognitive decline and falls. Social effects can also be impacted, such as causing social isolation because taking part in conversations can be troubling to those with hearing issues.

During the summer of 2018, I was fitted with hearing aids to help improve my hearing and overcome the uncomfortable symptoms I experienced. Through this process, I learned that one must have a prescription from an audiologist to obtain hearing aids. Hearing aids are not historically sold over-the-counter (OTC) without having a prescription, but this will likely change due to President Biden’s July 9 executive order which asks the FDA to produce guidance within 120 days. (More details found below.)

About 27 million Americans age 50 and older have some type of hearing loss, but only one in seven use a hearing aid as a solution. On average, hearing aid users wait 10 years before getting help for hearing loss. According to a new study by the University of Michigan Institute for Healthcare Policy & Innovation, 80 percent of Americans over the age of 50 have not been asked about their hearing by their primary care physician in the past two years.

Additionally, it is common that many people fight the vanity and stigma of wearing hearing aids because it will make them appear to look ‘old’ to others. During the first year or two of usage, I have also entertained these same thoughts, but no longer.

As previously mentioned, President Biden’s new executive order of 72 initiatives includes a directive to Health and Human Services to consider issuing proposed rules within 120 days for allowing low-costing hearing aids to be sold over the counter (OTC). OTC hearing aids, by the way, will allow adults with mild-to-moderate hearing loss to purchase hearing aids without consulting a hearing professional. Once the proposed rules are published, there will be a comment period of 60 days and the FDA will have another 180 days for a finalized rule.

In 2017, Congress passed a bipartisan proposal – signed into law by President Trump – to allow hearing aids to be sold over the counter. The FDA, however, did not issue the proposed rules by the deadline of August 2020 because of the ongoing COVID-19 pandemic. Because the FDA gave no further guidance on this issue, the Biden executive order includes the FDA to issue guidance within 120 days.

Once the FDA issues its ruling and the proposed timeline, consumers should soon be able to purchase OTC hearing aids at their local pharmacy without first being required to visit a medical provider. The specifics are still unknown at this time, but the goal of this initiative is to lower hearing aid prices for consumers, so more affordable hearing aid alternatives should make their way to consumers in the near future.

As one who now must use hearing aids, I am keenly aware of the associated costs. Millions of Americans also need hearing aids, and gaining access to OTC products should be music to their ears, and hopefully, relief to their pocketbooks. For medical reasons, it is always a good idea to seek professional attention when confronted with hearing problems. But the hope is, if hearing aids are necessary, the prices should become more reasonable over time. 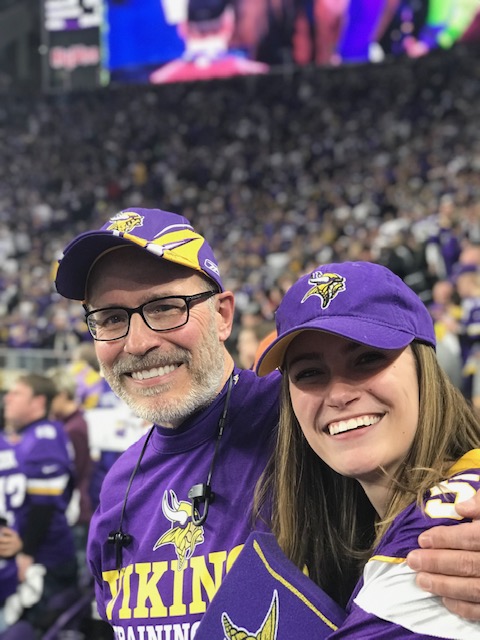 With daughter, Emma, at the ‘Miracle.’