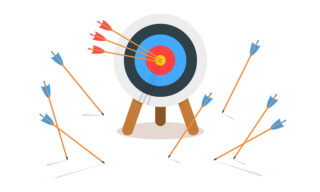 Two days before Christmas 2014, my 88-year-old dad was unexpectedly taken to the emergency room at a West Des Moines, Iowa hospital. Shortly after his arrival, he passed away. No family members were allowed to be with him in his final minutes of life. A week following his death, a completed death certificate stated the cause of death was a ruptured thoracic aneurysm. The death certificate functioned as the official document on the cause of my dad’s death and was of interest to our family since we were in shock and didn’t get a clear answer at the time about how he died.

The Purpose of Death Certificates

A death certificate serves as a legal document that proves a person has died. Without having a completed death certificate, families are unable to settle their legal affairs following a loved one’s death.

Typically, after a person dies in this country, the death certificate is generated by the funeral director, who records personal and demographic information of the deceased. Next, depending on the circumstances, a physician, medical examiner, or coroner provides the cause of death information. Physicians will normally certify the cause of death when that cause is natural. Medical examiners and coroners examine injury-related deaths, suspicious deaths or deaths where the deceased wasn’t attended by a physician.

Since the beginning of last century, another vital role of death certificates is that it helps influence public health policy. Dr. Robert Anderson, chief of the mortality statistics branch at the National Center for Health Statistics (NCHS) put it succinctly in a Los Angeles Times article, “If you know why people die, very often then you can develop programs to prevent people from dying from those causes.”

A record of all deaths is required to be completed and registered by each state and shared with the NCHS for inclusion in the national data base that lists the CDC’s Leading Causes of Death. Tracking deaths due to epidemics – such as the 1918 influenza and COVID-19 – is critical to compiling health statistics and for studying population-based mortality. Equally important are tracking of drug overdoses, heart disease, cancer, and a host of other causes, which is critical to funding research on prevention. In fact, the death certificate was designed to provide an underlying cause of death, such as the disease or injury that started the chain of events leading to death.

Inaccuracies can be in the form of an array of errors. One example of an error was described in Medium Daily Digest by Lori Nerbonne, a nurse who founded New England Patient Voices. Medical records revealed the author’s mother died due to a medical error, but that fact was never disclosed on the death certificate. Losing a loved one is difficult enough, but when the true cause of death due to a medical error has been omitted on the death certificate, it creates a distortion of facts that can misguide efforts to prevent leading causes of death, as well as, causing emotional and financial implications for families.

Fatalities due to Medical Errors

The annual estimate of fatalities in the U.S. due to preventable medical errors range from 250,000 to 440,000. One study found that 90 percent of medical errors in hospitals are not reported. Unfortunately, as a result of inaccurate death certificates, we have no reliable way to determine the true number of fatalities caused by medical errors.

The consequence of unreported medical errors is that death certificates do not reflect the vital statistics that would jump-start initiatives to help mitigate a solvable cause of death. This dereliction of duty creates a huge undertow of misinformation to the general public and policymakers. If we rely on the low-end estimate of 250,000 deaths due to medical errors, it would be the third leading cause of death in the U.S., following heart disease (659,041 deaths) and cancer (599,601). According to a CDC report, over 2.8 million deaths occurred in 2018, and medical errors were not tabulated anywhere in this report.

Because medical errors are not “counted” as the third leading cause of death, it isn’t getting the public health investment it merits. We need greater attention to this major PREVENTABLE cause of death. Just like we invest billions in preventive care for heart disease, we need to invest in the systems and training needed to prevent medical errors.

The COVID-19 pandemic has prompted the CDC to issue guidance that reminds doctors to ask a basic question when completing a death certificate: “Why did the patient die when they did?” As Ms. Nerbonne states in her piece, if accurate reporting is necessary for COVID-19 deaths, it should also apply for ALL causes of deaths.

How can the information found in death certificates, specifically as it relates to cause of death, become more accurate? It should be noted that there are little to no incentives for those who complete the certificate to report accurate ‘causes.’ Death certificates are currently governed by state laws, and, as a consequence, the push for accurate reporting primarily begins locally.

Autopsies can provide great insight into how a person died and how to keep us healthier longer. In fact, the Journal of American Medical Association (JAMA) argues that autopsies are a public good and, therefore, should be funded by the government. In addition to many preventable medical errors, an autopsy may determine either undiagnosed conditions – or misdiagnosed conditions. The autopsy remains the standard against which clinician death certification accuracy is assessed. Autopsies also are a valuable tool for physician and medical student learning.

The latest data available from the CDC shows in 2007, 201,000 autopsies were performed, but this accounted for just 8.5 percent of all deaths. Although autopsy rates have plummeted in the last 50 years, medical experts and pathologists consider the autopsy to be the ultimate quality assessment tool in understanding the exact cause and circumstances of a death. Obviously, an autopsy is only as good as the pathologist performing it, and more pathologists would be needed to significantly increase autopsies in the future.

Autopsies can be expensive when paid for by the family of the deceased. According to Frontline PBS, a private autopsy by an outside expert may cost between $3,000 and $5,000. Medicare and Medicaid, in addition to most health insurance companies, do not pay for autopsies.

Resuscitating the slow death of the autopsy may actually be a solution to learning more about the frequency of fatal medical errors and to advance the scientific knowledge of medicine.

Americans deserve to receive an accurate determination of how a loved one has died. I know it was important to my family when my dad passed. The COVID-19 pandemic may serve as a reminder, regardless of the cause of death, to reform the accuracy and completeness of the death certificate. But naively relying on states and the CDC to improve accuracy will not work. It requires public support for a more transparent approach, possibly using some of the initiatives mentioned above. Public support can push states to consider new approaches that can reform the completion of death certificates to reflect the true causes of death in our country.