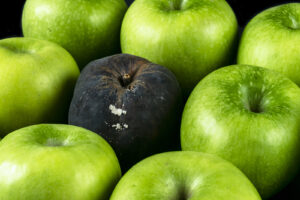 At some point, perhaps as early as this coming January when the Iowa legislative session begins, the medical establishment may revisit the goal of pushing through a bill that would establish hard-capping ‘non-economic damages’ at a certain amount (e.g.$250,000).

Given this possibility, my February 17 blog post on the David P. Lind Benchmark website requires an amended update. This alteration may appear to be very slight, but it provides additional concrete evidence to oppose tort reform expansion in Iowa and in other states. This blog, “Five Myths about Expanding Tort Reform in Iowa” discusses tort expansion in more detail.

Within that blog, I referred to medical malpractice (med mal) research performed by Robert E. Oshel, Ph.D., retired Associate Director for Research and Disputes for the National Practitioner Data Bank (NPDB) at the U.S. Dept. of Health and Human Services.* Dr. Oshel was kind enough to provide me with data specific to Iowa medical malpractice claims spanning 20-years (1990-2010). Dr. Oshel found that only 1.73 percent of Iowa physicians were responsible for one-half of all the money paid out for medical malpractice in our state. Most of these physicians had multiple malpractice payments, making them outliers from the majority of physicians practicing in Iowa.

The NPDB is an electronic repository of malpractice payments and adverse actions by state licensure boards and medical staff. Established by the U.S. Congress in 1986, the NPDB has a public use data file that provides pertinent data to studies performed by researchers. If anyone knows about the data being collected by NPDB, it would be Dr. Oshel.

My blog revision is simply this: Dr. Oshel recently had his peer-reviewed research published in the December issue of Journal of Patient Safety (subscription required). Again, his work has been peer-reviewed, an important fact that must not be lost on reporting (and trusting) this information.

His article, “The Detection, Analysis, and Significance of Physician Clustering in Medical Malpractice Lawsuit Payouts” discusses that, in the U.S., approximately 1.8 percent of physicians were responsible for half of the $83.3 billion of malpractice claims reported to the NPDB over a 25-year period (September 1, 1990 through June 30, 2015). Oshel et al reported that if the 22,511 physician outlier claims could be substantially reduced or eliminated, it could make a major difference in the nation’s total malpractice payouts.”

Although Oshel’s published article uses national data, the Iowa information that Dr. Oshel shared with me is quite similar to the published national results. Iowa, in other words, is not an outlier from his national findings. Again, a very small proportion of Iowa doctors incur the most malpractice claims.

But the findings from the Oshel study is not unique from earlier studies. In the BMJ Quality & Safety Journal in 2013, Bismark et al, found during an 11-year period, that three percent of 18,907 Australian physicians with formal adverse complaints drew 49 percent of the grievances, while one percent accounted for a quarter of the complaints. The authors wrote that the likelihood of further complaints for individual physicians was proportional to the number of previous grievances. They concluded:

It is feasible to predict which doctors are at high risk of incurring more complaints in the near future. Widespread use of this approach to identify high-risk doctors and target quality improvement efforts coupled with effective interventions, could help reduce adverse events and patient dissatisfaction in health systems.

Another study published in The New England Journal of Medicine, performed by Studdert et al, found similar results to Oshel and Bismark. Also using data from the NPDB, the Studdert group found that one percent of U.S. physicians were responsible for 32 percent of paid malpractice claims over a 10-year period. Oshel, it must be mentioned, found that a paltry one percent accounted for 25 percent of claims. Although the 10-year study periods are different, the results are remarkably similar.

The short answer to this question is no, it won’t. But then again, tort reform is not designed to ‘cure’ malpractice behavior.

As mentioned earlier, a small number of physicians in this country continue to grossly taint med mal claims compared to the other 98 percent of practicing physicians. If state medical boards and peer reviewers are unable or unwilling to effectively act on these outliers, distrust of the medical profession ensues.

Tort reform legislative measures initiated by the medical community are meant to restrain harmed patients (and family members) from seeking financial restitution due to actions beyond their control.  Merely attempting to ‘fix’ the problem by pushing med mal tort reform is both misguided and disingenuous when attempting to remedy an egregious problem. ‘Reform’ measures should be used to help arm and enable peer reviewers and medical boards to correct and/or discipline those outliers who actually commit adverse events in the first place. Apparently introducing tort reform measures is a much easier task than finding ways to improve and/or discipline those doctors who violate the public’s trust.

One potential solution is to develop a graduated intervention by physician ‘messengers’ who speak to offending physicians, with each incident grading upward to disciplinary processes that result in restriction or termination of privileges with appropriate reporting to state regulators, if necessary. An approach similar to this is used by Vanderbilt University School of Medicine.

A few bad (or misguided) apples should not taint an otherwise good barrel. In medicine, why should this be any different?

*This calculation was made by Dr. Oshel in 2010 for each state, but has only been repeated since then on a national level only. This independent calculation by Dr. Oshel is unpublished research that uses the NPDB Public Use File. This data was last updated using June 2019 data. According to Dr. Oshel, “the results for this almost 30-year period were very similar to what they have been for the 20-year period using the 2010 data. I would expect 30-year Iowa data also to be very similar.”