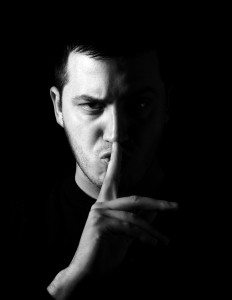 Keeping silent. What IS the third leading cause of death in the U.S.?

The safety of the people shall be the highest law.
Marcus Tullius Cicero

A democratic society values freedom of speech, protection from harm and unjust imprisonment. Unfortunately, one of these values has been glaringly absent for some time.

While preparing this particular blog, I am reminded that countless towns, cities and states have silly, if not outrageous ordinances and laws. Take Iowa – some laws have been on the books for many years and are grossly outdated – most likely due to oversight or just plain laziness. For example:

If these comical, yet ridiculous laws are still in existence (some are now repealed), can you imagine just how many ‘violations’ have occurred since they were implemented? Having such laws or ordinances legislated to control harmless acts within our towns and state borders are quite meaningless, don’t you think?

So then, why are we not concerned about having legitimate legislation that attempts to protect every patient from harm, even when the harm is mostly ‘silent’ and assumed to be unintended? Allow me to explain…

If the Centers for Disease Control (CDC) were to include preventable medical errors in hospitals as a category, it would be the third leading cause of death in the United States, behind heart disease and cancer. When it comes to reporting these mistakes around the country, however, doctors and nurses have been fired when they speak up. This code of silence is, to say the least, deafening. Medical errors, no doubt, have become THE ‘silent killer.’

In its 1999 “To Err Is Human” report, the Institute of Medicine (IOM) called for a nationwide, mandatory reporting system for state governments to collect standardized information about “adverse medical events” resulting in death and serious harm. Interestingly, this call for a national reporting system was not implemented.

However, as of November 2014, 27 states and the District of Columbia now have variations of authorized adverse event reporting systems. Oregon’s reporting system is voluntary. As of this January, Texas now reports such events. Many of Iowa’s neighboring states, such as Illinois, Minnesota and South Dakota have reporting requirements.

What about Iowa? Not much.

To improve the care we receive, we first must understand how prevalent this problem is in Iowa and elsewhere. In 2010, Harvard published a report in the New England Journal of Medicine indicating that about 25 percent of all patients are harmed by medical mistakes. In 2014, Massachusetts completed a survey of its residents and determined that 23 percent received medical errors.

So are preventable medical errors in Iowa similar to these alarming reports, or is care provided within our borders somehow insulated from the dismal results found elsewhere? That becomes the big question – we simply don’t know. In Iowa, we have no independent trusted source to publicly provide ongoing transparency about this ‘silent killer.’

A quote from noted cancer surgeon, Dr. Marty Makary, refers to the importance of openness and transparency – which easily applies to this particular subject matter:

There are different ways to scale over this ‘Wall of Silence.’ Perhaps a good, first step may be to establish reporting requirements, much like the other 27 states are now doing. By taking this approach, health workers who desire to do the right thing by reporting errors can be protected from workplace retaliations. Another, more immediate strategy is to ask Iowans about their experiences – a simple process that establishes a baseline for later, more deliberate, actionable solutions to make safety-of-care a statewide priority. To ultimately improve patient safety and quality, public reporting and provider feedback is critical.

We must not tolerate secrecy and demand ‘sunlight’ within the medical care we receive. A preventable medical error becomes egregiously INTENTIONAL when nothing is done to prevent it from occurring again in the future. By staying quiet, opportunities to learn and improve the quality of care will be lost.

Now, well into the 21st Century, it is time to assess which laws best serve our citizens. Limiting a kiss to five minutes does not have the life-changing consequence when compared to addressing and eliminating THE ‘silent killer’ of our time.

Isn’t it time to take action? I welcome your thoughts on this very important issue.